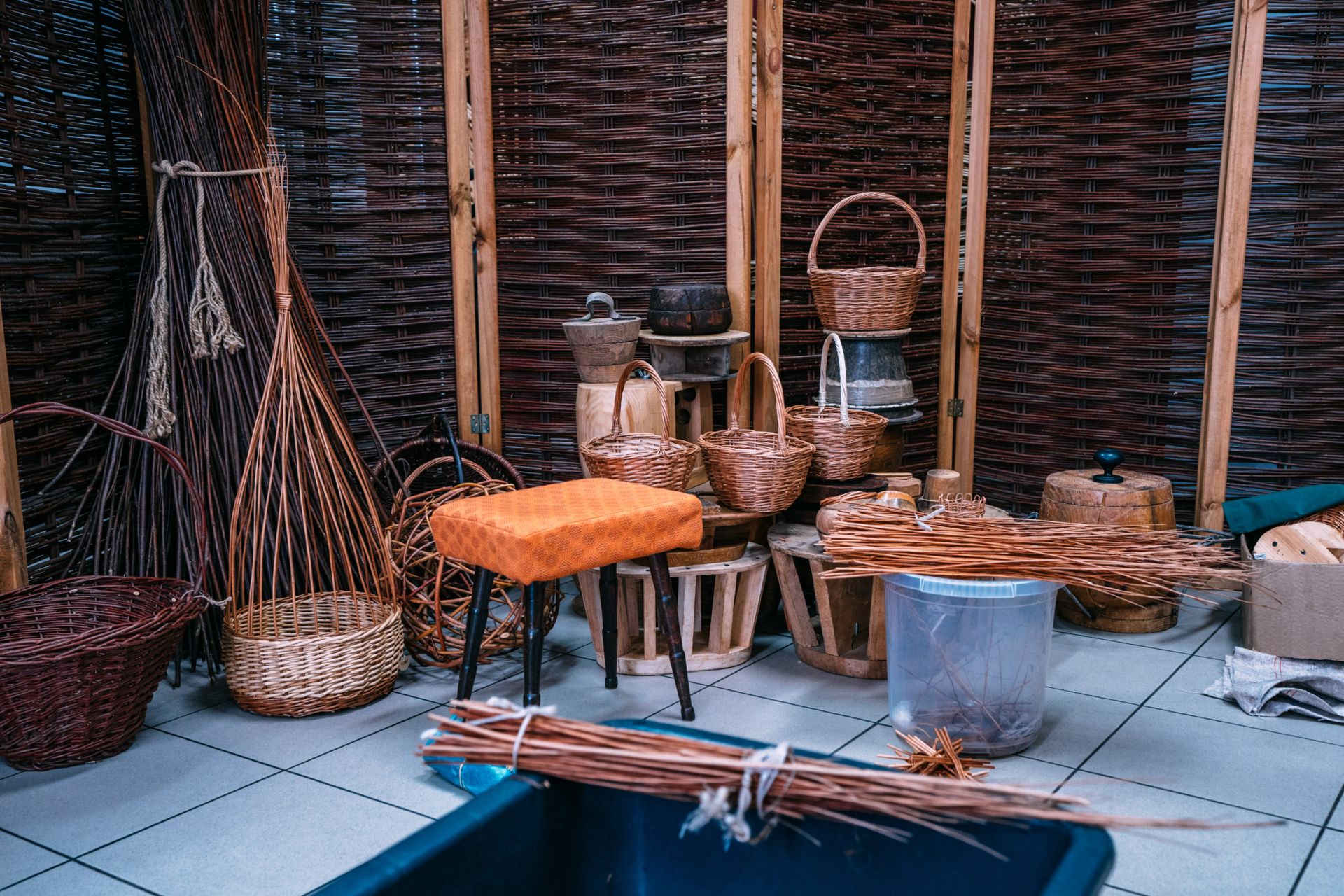 Rudnik nad Sanem is known for its rich tradition of wickerwork. The origins of this craft go back to the 19th century, when at the initiative of the Austrian Count Ferdinand Hompesch first basketry school was established in Rudnik.

Cultivation of wicker and production of wicker products for decades were the main source of income for the inhabitants of the town. Rudnik nad Sanem became the centre of wickerwork, and the town itself became known as the Polish Capital of Wickerwork.

The Wicker Centre has won awards in prestigious competitions

With the development of basketry, we saw the need for appropriate exposure of the history, tradition and culture of the region and objects related to it. Wicker exhibits were stored and displayed in unsuitable premises, which affected the quality of the products. Hence the idea of creating the Centre of Wickerwork, the only such place in Poland.

From the beginning we wanted it to be a unique institution, hence the intensive efforts made by the Municipality since 2001 to obtain external funding for the investment. The possibilities opened up with the launch of a grant from the Regional Operational Programme of the Podkarpackie Voivodship. The project “Wickerwork Centre in Rudnik nad Sanem” was submitted for funding in 2004, and a positive decision was made in 2005. The total value was almost PLN 1.6 million, and the subsidy from the European Union was almost PLN 1.2 million. The investment was realised in two stages, in the first one (September 2005 – September 2006) construction, assembly and installation works were carried out, and in the second one (October – December 2006) the facility was equipped.